The Mandalorian is a popular American Space-Western television series created by Jon Favreau. It premiered with the launch of Disney+ on November 12, 2019. The series is a part of the Star Wars franchise, which begins five years after the incidents that took place in Return of the Jedi (1983). After George Lucas, creator of Star Wars sold Lucas Co. to Disney in October 2012, work on a Star Wars series began for Disney +.

Jon Favreau signed up to be the writer and showrunner for the new live-action series in March 2018. Pedro Pascal stars as the title character of the show; a bounty hunter who is on the run after being hired to retrieve “The Child”. The first season achieved major positive critics and reviews. Subsequently, the series was nominated for Outstanding Drams series and won the Primetime Creative Arts Emmy Awards at the 72nd Primetime Emmy Awards. The second season premiered on October 30, 2020, to mostly positive reviews.

The story follows after the events of Return to Jedi and the fall of the Galactic Empire. Din Djarin a.k.a. The Mandalorian, or Mando for short a lone bounty hunter from Mandalore is hired by the remnants of the Imperial forces to retrieve “The Child”, Grogu on behalf of the Client. Instead, after witnessing Grogu be a Force-sensitive infant, Mando escapes with “The Child” and is on the run since. 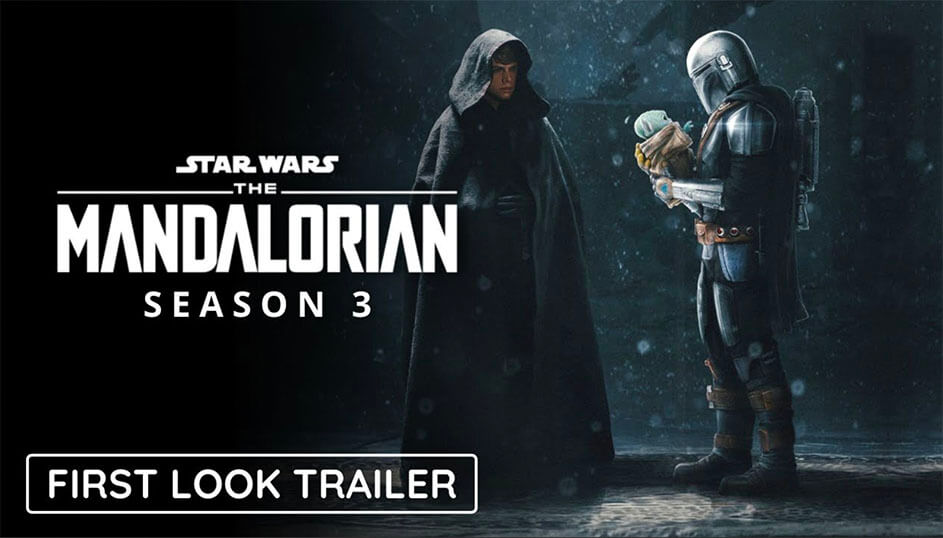 The Mandalorian season 3 release date could be summer 2022

With the end of season 2 on December 18, 2020, fans have been eagerly waiting for the premiere date of season 3 to be announced. As of the end of May 2022, there has been no update regarding the release of season 3. But! it is to be expected that the confirmed release date will be announced by the end of Summer 2022. In the major Star Wars interview for Vanity Fair, it was noted that season 3 would be released by late 2022 or early 2023.

Pedro Pascal will be back as the title character in season 3. Grogu, more popularly known as Baby Yoda named after the trilogy Jedi Master Yoda. Giancarlo Esposito will play a bigger role as Moff Gideon in the next season. Notable returnees are Greef Karga (Carl Weathers, confirmed), Ahsoka Tano (Rosario Dawson), and Bo-Katan (Katee Sackhoff). Gina Carano won’t be returning as Cara Dune after sharing offensive posts on social media. Other minor cameo and special appearances can be expected. With the Mandalorian exploring the outer galaxy, there can be guest stars expected, especially those who are familiar with Force.

What Could Happen Next in The Mandalorian Season 3?

Now that season 2 is over, discussing season 3 should be everyone’s first instinct. Since Boba Fett will be having his own limited series, it is highly unlikely for him to make an appearance in the main Mando show.

A major rundown on some points based on what should happen in the next season: 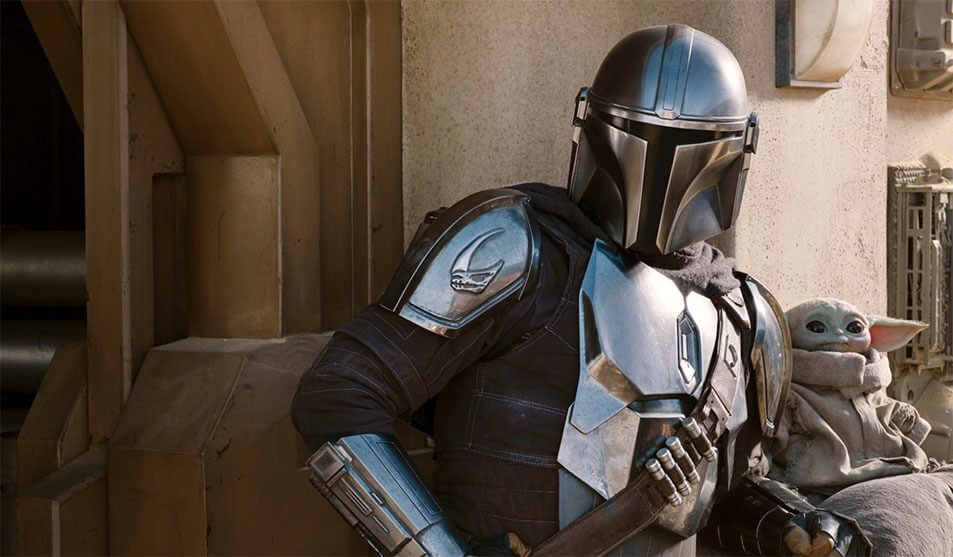 What will the third season be about?

The season 2 finale ended with Din Djarin’s success in finding Grogu’s people, the Jedi. Several questions have popped up as well as their respective fan theories. One of the major questions is: What happens to Din Djarin? How would the plot proceed with Grogu handed over to Jedi Master Luke Skywalker? Will Din’s story even continue in the first place? There are major plot threads hanging with the end of Season 2. One of them is Din, acquiring the Darksaber after defeating Moff Gideon and becoming the rightful ruler of Mandalore.

With Mandalorian’s unwillingness to own the Darksaber whereas Bo-Katan, once again, requires it to prove herself as a fitting ruler of Mandalore, there are two major questions. Who will wield the Darksaber and what do they plan to do to liberate Mandalore? Bo-Katan can either accept Din Djarin as the true ruler or fight him to regain ownership over the Darksaber. For Mandalorain to remain the protagonist which is quite probable, the former is much more relevant as an option. Next up is the book of Boba Fett.

The post-credits of the season 2 finale show Boba Fett and Fennec Shand visiting Jabba’s Palace. Now ruled by former majordomo Bib Fortuna, the duo waste no time in killing Bib and his subordinates, claiming Jabba’s throne for themselves. The post-credits end with the tease “The Book of Boba Fett: Coming in December 2021”. That gives rise to a new question. Is Din Djarin going to return as the Mandalorian or will the season 3 showcase Boba Fett? The replacement is a possibility but the latter is more probable.

Even though he was defeated by Din Djarin at the end of season 2, Moff Gideon is not dead. With his involvement in the top-secret project for the Imperial, Gideon is too valuable a prisoner to the New Republic. Cara Dune stopping Gideon from killing himself hints at her role to be much more as a character. Perhaps, both of their fate intertwines or maybe she is destined to play a major role in the upcoming spin-off series, Star Wars: Rangers of the New Republic. With Gideon alive, there is much to be expected of him. It won’t be a surprise if he manages to accomplish his intents with Grogu’s DNA. That said, Gideon has done his job as an antagonist for The Mandalorian since Bo-Katan and Mandalorian’s best interests put them in direct conflict with one another.

Since Mandalorian is the title character seeing Grogu going off with Luke Skywalker no longer makes him one of the main characters. Grogu’s story might advance with his recruitment to Luke’s Jedi Academy. There is a slight chance for Grogu to make it to the screen if there is a new plot catalyst or the focus shifts to a new main character as discussed earlier. One thing is certain. Grogu’s journey does not end with season 2 and he will be back after all the character is destined to play a bigger role in a spinoff series based on Luke’s Jedi Academy.

Carl Weathers will also return in the new season as Greef Carga as an episode director. At the Star Wars Celebration, he appreciated and discussed the advantages of making films using technology like StageCraft Volume used in the wide vistas and alien landscapes of Star Wars and the production’s soundstages via immense, computer-controlled projection screens.

The Mandalorian season 3 trailer: When to expect a teaser

Unfortunately, with the release date of season 3 on hold, there seems to be no hope for a teaser or an official trailer to come out anytime soon. The first season began production in October 2018 and premiered on November 19, 2018. The trailer of the first season was released in late August 2019. Subsequently, the second season began filming in November 2019 and premiered in October 2020. The trailer for The Mandalorian Season 2 was released on September 15, 2020. Estimates show that the trailer was released eight to ten months after the production started.

What else do we know about Mandalorian season 3?

In an interview with the People’s Magazine, Giancarlo Esposito shed some light on the upcoming season, even hinting at the fourth season.

“We’re living in a universe that is huge and [that has] so much to explore. So, I think this show is going to start to lay the groundwork for the depth and breadth that’s going to come in Season 3 and Season 4, where you’re really gonna start to get answers,”

The events of The Mandalorian are occurring between the Return of Jedi and the Force Awakens. Therefore, there has to be an explanation for Grogu not having any impact in the sequels. There is also the question of what happens to Mandalorian in sequels as well.

Actress-Director Bryce Dallas is directing an episode of season three of The Mandalorian.

Disney announced at the Star Wars celebration that The Mandalorian’s third season will debut in February 2023 streaming on Disney +. At the Star Wars Celebration, executive producer and story writer Jon Favreau stated that Mando will finally be headed to his home planet Mandalore, in search of forgiveness in the upcoming season. He also told the fans to expect familiar faces in the new season. 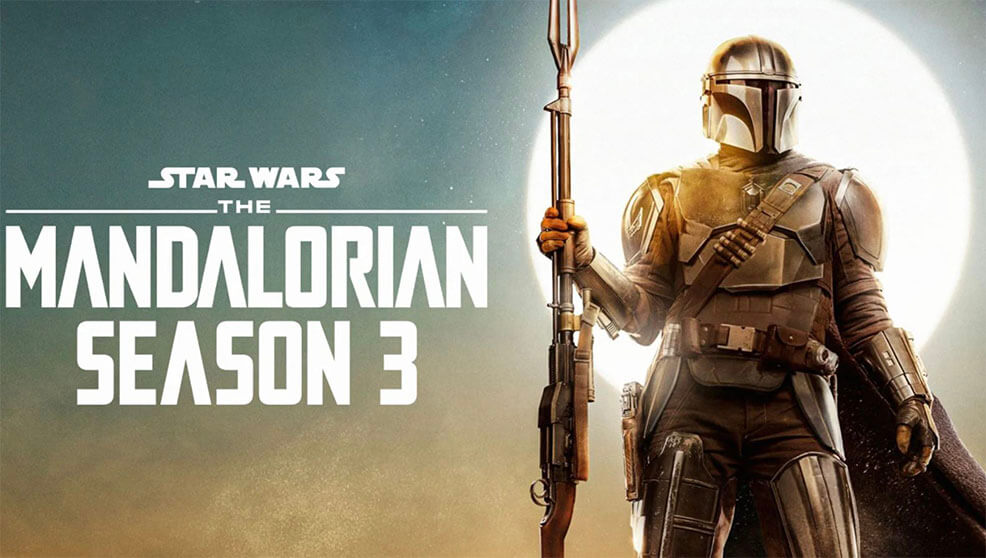 “The assumption is he’s in jail or behind bars or cuffed. And he has to try to free himself [from who he was]. It’s such a mental analogy for what life really is: to see things a different way,” he teased. “But no, he won’t do that. He doesn’t want to do that. He wants to be able to help people through his investigation of who this Child [is].”

Meanwhile our show’s star, Pedro Pascal expressed his regret in switching from Razorcrest to the refitted Naboo Starfighter stating that one had a bathroom and one didn’t but it works for him as long as there is “a perfect little pod for Grogu”.

What’s the deal with Boba Fett?

Season1, Episode 5: “The Gunslinger” of the Disney + originals The Mandalorian hinted at the appearance of Boba Fett, code named Alpha. He was debuted as the mysterious man in boots and cape who approached the body of assassin Fennec Shand on Tatooine. He is a clone of the famed Mandalorian bounty hunter Jango Fett, who raised him as his son. At the end of the Return of Jedi, Boba Fett fell into the Sarlacc’s mouth which established his apparent deceased status.

Five years later, he returns prompting his survival. In Season 2 Episode 9: The Marshal, Mando retrieves Boba Fett’s customized Mandalorian armor suit from Cobb Vanth who used it to protect a Tatoonian village from threats. He is distantly watched by a heavily scarred Fett. Fett makes his full appearance in Episode 14: The Tragedy where he explains how he saved a mortally wounded Fennec and she was indebted to him.

Fett and Fennec follow Mando to the planet Tython. The former asks for the suit armor back from The Mandalorian, explaining it was Fett’s later father Jango Fett’s Mandalorian armor making it his birthright. He gets back his suit and in exchange the duo promise to assist the Mandalorian in protecting Grogu till he is delivered to his people. Stormtroopers sent by Moff Gideon to capture Grogu attack the group.

Fett manages to subdue most of the Stormtroopers but Grogu ultimately gets apprehended by the Dark troopers, Fett insists on him and Fennec to be indebted to the Mandalorian and promises Grogu’s safety. He, then, helps Mando in rescuing Grogu from Moff Gideon even after being criticized by Bo-Katan Kryze for being a clone and a disgrace for wearing Mandalorian armor. After ensuring Grogu’s safety, Fett leaves into hyperspace. In a post-credit scene, Fett claims the throne of Jabba after killing Bib Fortuna, a crime lord.

Most people who like Star Wars regardless of their reviews and opinions on the various trilogies would love The Mandalorian series. Even though the series is a sci-fi-based Western genre and might appear to be kid-friendly, it is more like those old-school serial shows where every episode has a specific story or adventure but, overall, it moves along with the story. Many critics claim that The Mandalorian is a decent addition to the franchise and a good content since the original Star Wars Trilogy. As a standalone series, yet so subtle in relation to the original trilogy it is worth watching. 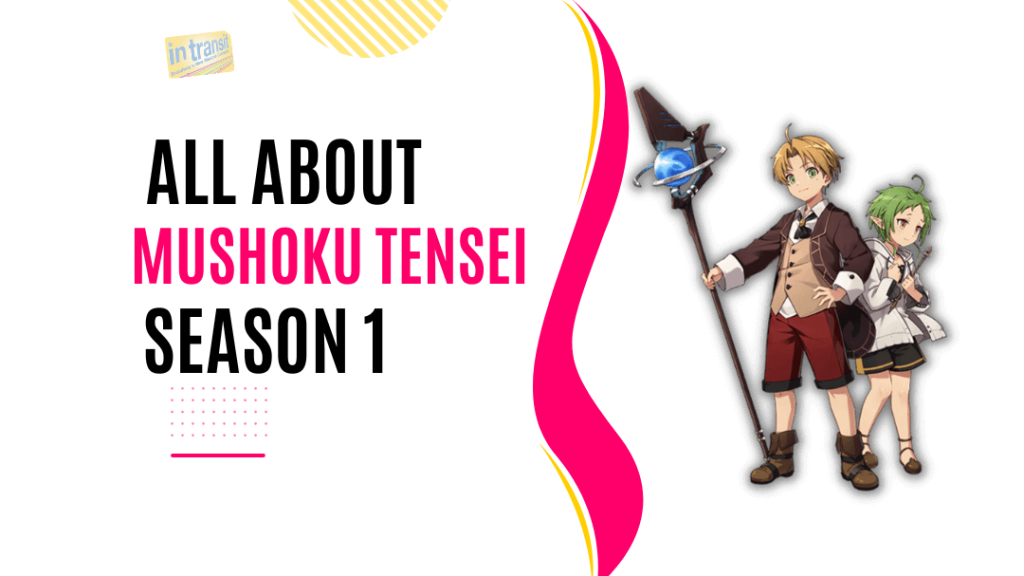