Many viewers may recognize actor Benito Martinez from past appearances after the stunning unveiling of Ricky Galindo at the climax of On My Block season 4. Benito Martinez alone has had 90 film roles over the last three decades, so it would be strange if you had never seen him before his turn in On My Block. Like Lil Ricky in On My Block, he frequently finds himself on the side of the police authority or directly fighting it. He is best known for his roles as LAPD captain David Aceveda on The Shield, DA Todd Denver on How to Get Away With Murder, and Luis Torres on Sons of Anarchy. Many people may recognize him as Sheriff Diaz from the Netflix series 13 Reasons Why.

Martinez has several lesser-known and well-known characters, as he has appeared in many shows and films. Gabriel Reyes, a character from the 9-1-1 spinoff 9-1-1: Lone Star, was one of his minor appearances. He recently appeared in Queen & Slim as Sheriff Edgar and American Made as James Rangel.

Since he plays his crime-related characters so well, Benito Martinez has become a famous typecast actor for many crime shows. It is currently unknown if he will play his part as Lil Ricky in the recently announced On My Block sequel, Freeride.

Where is Ricky Galindo in On My Block season 4?

The last season of On My Block is now available on Netflix, and many of the fans’ questions have been answered. Who is Lil Ricky, a question that has plagued us for the previous three seasons? Lil Ricky’s identity is revealed in season 4 of On My Block. On My Block is a Netflix teen drama that follows four high school friends from Freeridge as they grow up in a violent inner-city LA neighborhood. While many were unsure what to anticipate from On My Block season 4, the series spent lots of time wrapping up some loose ends for the viewers.

The last season not only added new components to the show’s mythology but also attempted to tie up certain loose threads that fans had been waiting for. The narrative surrounding the RollerWorld heist and the mysterious Lil’ Ricky, whose presence has loomed large over the series, is one of these storylines. Well, the episode ultimately gave some conclusion on that front, though in an unexpected fashion for some viewers.

With all of the drama on the show over the four seasons, no one expected garden gnomes to play a central role in providing humor to the show. Season after season, Chivo and his family of garden gnomes performed exactly that for the show. 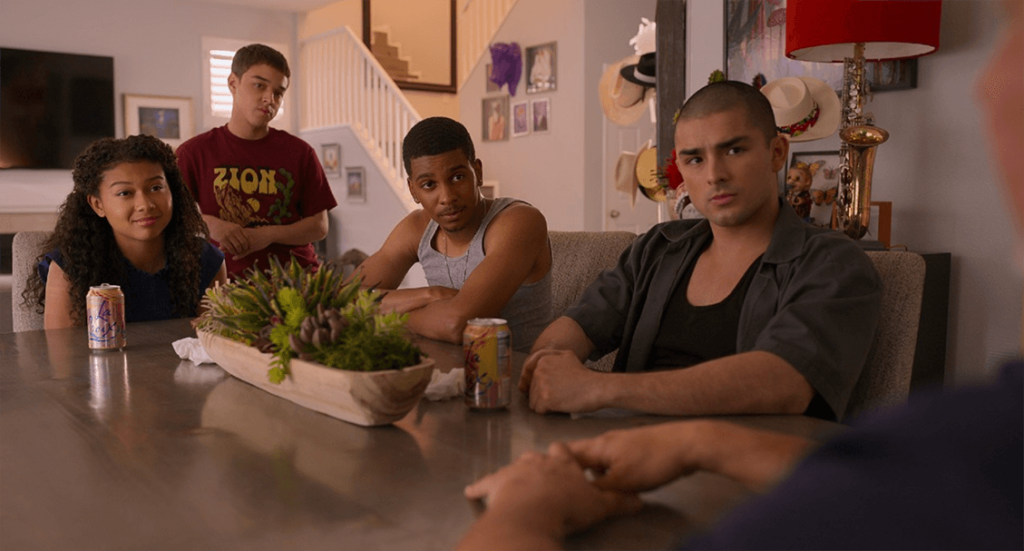 Who is Ricky Galindo aka Lil Ricky in On My Block?

Lil Ricky is initially mentioned in Season 1 when Jamal begins his search for the RollerWorld money, but he is thought dead. When Cuchillos reveals that Lil Ricky is alive, he becomes the major narrative of season 3. The core four are subsequently given the duty of delivering Lil Ricky to Cuchillos, but they never do so. By the end of season 3, they still haven’t figured out who and where Lil Ricky is, so On My Block season 4 will have to fill in the gaps. Season 4 reveals where he is as well as a lot more!

Lil Ricky or Rick Galindo is Santos Gang’s founder. He was one of three Santos members (along with Benito, Frankie, and Lil Ricky) that executed a heist in RollerWorld, a local business where the Prophets were reportedly laundering money and hiding it for years. They concealed the money after the heist, however, Benito and Frankie were apprehended and killed in prison. Lil Ricky was not arrested, but his death was later assumed. Many fans speculated that Lil Ricky could be Cesar and Spooky’s father, or possibly Chivo.

Ricky Galindo in On My Block Netflix Season 4

Cesar eventually returns to Freeridge with his buddies to scatter his brother’s ashes, and during the “ceremony,” he says that he discovered Lil’ Ricky. Jamal seems thrilled to finally meet the legend he’s been chasing for years. If you don’t remember Jamal, he is not only hilarious but also one of the sharpest characters in On My Block. In the first season, he embarks on a side journey in search of the notorious Rollerworld money which Santos robbed from the Prophets and hid.

Jamal’s ramblings over where the money went missing are a regular source of humor for him. Unfortunately, the overexcited teen does not make the best first impression, when he meets Ricky over Zoom during a drug-induced night. However, he does have a second chance to talk to the person behind the legend.

The following day, the Core Four meet up with Ricky at Chivo’s place, when Jamal plays 20 Questions with him. The gang tells how they discovered the RollerWorld money there, which amazes the man. What astounds him even further is how the four continued to sustain their connection after having been apart for two years. He encourages them to stay close to one another, suggesting that he should have stayed near to his dear ones like Chivo. Ricky returns to Bakersfield, while the four teenagers return home, seeming stronger than ever.

Ricky Galindo revealed in On My Block season 4

In episode 6 season 4 it is revealed that Lil Ricky is the owner of The Farm, a rehabilitation of center in Bakersfield. In season 3, Ray who is Oscar and Cesar’s father departed Freeridge for Bakersfield when one strange man gave him a job. Ray works at The Farm for Lil Ricky. Cesar visited his father, Ray, at The Farm. Ricky runs and operates the facility in the hopes of guiding people away from the violent lifestyle he lived in his youth.

In episode 6 Lil Ricky went into Ray’s office for their signature on Department’s time card. His identity was not disclosed at the moment, but many suspected he was Lil Ricky. That same man helps Cesar get his car running till the end of episode 6. The Farm owner introduces himself as Ricky Galindo and Cesar, like the rest of the audience, is taken aback when Galindo discloses his true self at the end of the conversation. This, however, would not be the last time fans saw the character.

Rollerworld money is among the few loose ends left untied by the conclusion of On My Block. The money was returned to the Santos group, and a prologue disclosed that Ruby and Jamal had a feud with Cesar over the stockpile, charging him with stealing it. Cesar also assumed Oscar had it in another flashback. However, no one seems to understand where it is. However, in the series conclusion, Ruby discloses that his recently deceased Abuelita left them a gift, which turned out to be a map that leads to the RollerWorld fortune.

It’s uncertain whether the Core Four will be able to find the money on their own, as towards the end of the series, they’ve made plans that would take them away from their homes. But, with the upcoming sequel series Freeridge in the works, a fresh generation of kids may be able to finish the quest.

The last chapter of On My Block may have not worked as planned for certain fans, but it was nonetheless a fairly satisfying conclusion to the series. Netflix now has all four seasons available to watch. Also, see our autumn 2021 schedule for more details on the new and popular shows that will air this television season. 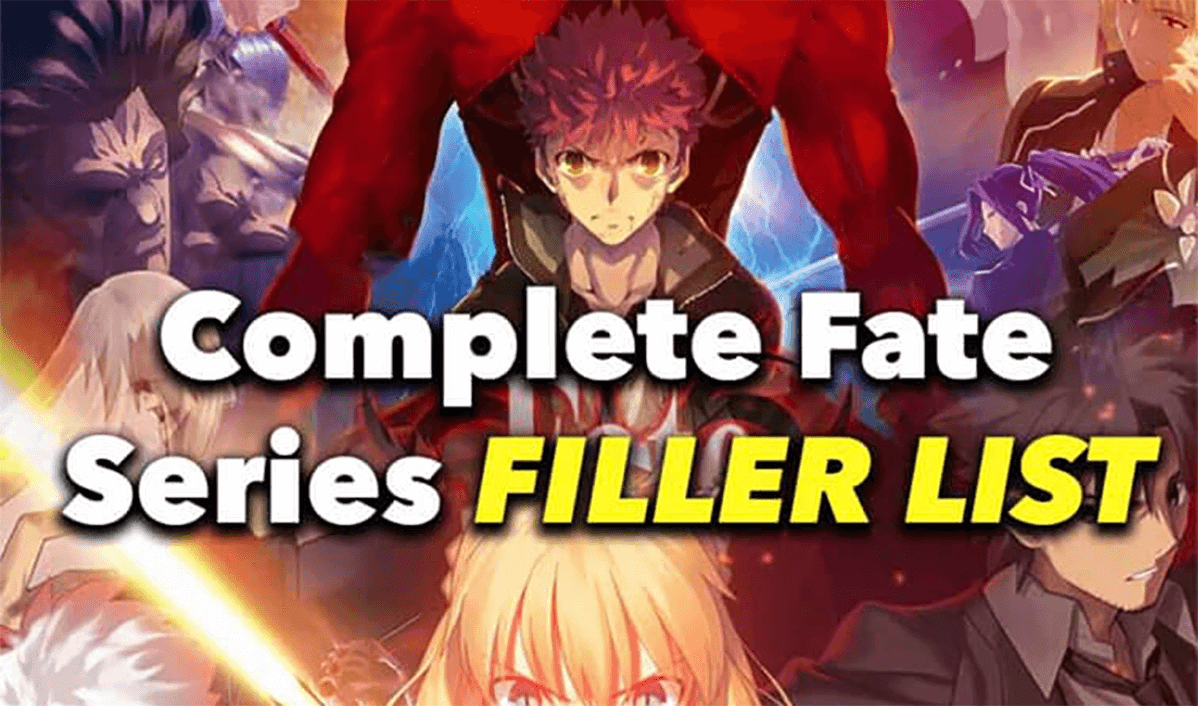